Everything You Need To Know About ISBNs (article) - Giacomo Giammatteo

What is an ISBN? (article) - ISBN International

Some comic shops require barcodes to scan in their books and so if you want to sell in stores, you should probably get one for your comic.

Mandatory disclaimer: Different countries handle barcodes differently. The information below is based on US and Canada standards. Make sure to research your own country’s rules.

If you’re only planning on selling your comics online or at conventions, you may not need any of this stuff but if you want to be safe and include them, the type of barcode and number required depends on your book type.

Graphic Novels require an EAN barcode with an ISBN.

When I say “Graphic Novel” I mean something that’s formatted like a hard or softcover book. Pretty much anything that isn’t a floppy, single issue style comic. 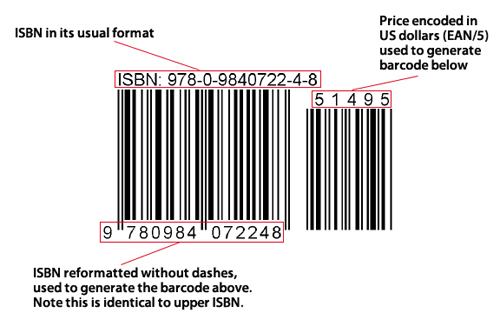 As you can see, the barcode comes in two parts.

The first barcode is for the ISBN. Canadians can get ISBNs generated for free but everyone else will have to pay. I’ve been told people trust Bowker for buying numbers.

The second barcode is for tracking the price of the book. The first number of that second code represents the currency:

The remaining four numbers represent the price of the book. 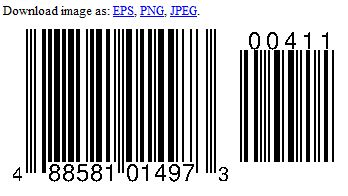 You can easily purchase a UPC number online. I use barcodestalk but there are other options available.

Once you have your UPC code, you’ll need to add the five digit extension code (that second, smaller barcode). This code is really simple. The first three digits are the issue number, the second is the cover variant (in case you’re printing alternate covers), and the third is the printing number (in case you’re re-printing a pre-existing book).

In most cases your extension code will be 00111.

Your full UPC number will be your twelve digit UPC code, a space, then your extension code.

Once you have your number (either ISBN or UPC), you can generate the actual barcode itself for free. This generator by Terry Burton is the one I use though any should work. Just make sure the image produced is in high resolution.

Here are some other options for generating ISBN barcodes:

Okay I’ve gotten all the required stuff, where do I put them?

Some comics choose to put it on the front so the comic can be put in a sleeve and still be scanned but it’s ugly and blocks art. For this reason, most comics keep them on the back cover.

As for how to actually get it on the cover, talk to your cover artist or whoever is in charge of preparing your files. If that’s you, make sure the barcode is in high resolution and it’s not too small! You want those things to be able to be scanned after all. The online resources I posted above generate eps files that you can import directly into your editing software, making it quite easy to set everything up.