So you want to build a world eh?

What’s the fashion scene like in your story? What’s the political climate? What’s the culture of the area it’s set in? Are there dragons?

Most people only associate world building with fantasy or sci-fi stories but in reality, world building is required in every story if you want to keep things consistent and avoid plot holes.

That said, be careful not to get trapped in this phase (world builder’s disease is real my friends). You probably can’t be like Tolkien and spend 12 years world building, making an entire BOOK around the lore of your stories.

But how do I know when I’ve done enough world building?

That’s a question I doubt you’ll be able to confidently answer. No matter how much you work on your world, there will always be more things to uncover. Only you can decide when you’re ready to start writing for real.

Wow, you sure do say “only you can decide” a lot…

Yeah okay, you got me. In the next few sections, I’m going to try and make that decision a little easier for you by guiding you through how I do my world building.

World building can be split into two phases (though you’ll almost certainly be going back and forth between them): creation and research. The amount of time you’ll spend in each section depends how grounded in reality your story is.

The creation phase is for the parts of your story that don’t exist in reality. Alien races, magic systems, superpowers… how each of these things work in your story is completely up to you.

Creation is where most fantasy stories will be spending their world building time. It’s the realm of the unknown. You have absolute freedom to decide how your story operates.

So where do you start?

Start collecting ideas that reinforce the themes or amplify the conflict of your story. In More Than Men there is a strong conflict between the lower and upper class citizens. By giving superpowers to the upper class, the divide between the two groups is intensified. This adds a larger and more interesting conflict to the story.

Once you have a few ideas, take them and ground your world somewhere. This is where you’ll be trying to piece together the aspects of your world into a more full and sensical place. If only the upper class had superpowers what would that mean for jobs? How are politics handled? What’s different from how we do things in the real world? What stays the same? Once you have a basic framework, everything can grow from there.

Now that you have a framework, don’t break the rules you set. The rules of your world can be whatever you want but once they’re set, they can’t be broken! If you establish that your world has exactly the same physics as real life and then you start showing people shooting fire from their hands, your readers will get confused. Everything has to obey the rules you set. If two parts of your world clash, it won’t be believable for your readers. (By the way, I’m not saying people shooting fire from their hands doesn’t make sense, you just have to make sure that it makes sense in YOUR universe!)

As a bit of a side note, while creating your world, I encourage you to look beyond the norms of your everyday influences. There are so many stories out there that are just rehashes of old stuff. (How many fantasy stories are out there that are clearly Tolkien rip offs?) That kind of thing is often to the detriment of the story. Remember you’re building a NEW world! By limiting your scope to just what you as a creator are familiar with or have experience with, by approaching your story from perspectives taught by your own culture and upbringing, you’re vastly restricting the potential of your story.

There’s so much out there to draw inspiration from, so why not diversify your influences?

That said, when dealing with cultures and perspectives you’re unfamiliar with, it’s easy to run into unintentional stereotypes. Make sure to do your proper research as to avoid any misrepresentation, and that leads me straight into…

The research phase is for the parts of your story that exist in the real world or have already been previously created. This is an important distinction to make. Even though elves don’t exist in the real world, there’s still countless amount of information written about them. If you’re including something in your story that people could have prior knowledge about, it’s important to do your research to make sure you represent it correctly. (Though life I said before, I’d argue having a generic “elf” race in your story is very overused and boring. Spice it up a bit! How can you twist the common understanding of what an elf is to make it interesting?)

Research on a subject can be conducted in many ways:

Once you’ve done some research, tweak your ideas from the creation phase so they don’t clash with your discoveries. There’s no doubt that at least one of the rules you create will not meld well with a piece of data you uncover. To fix this, you’ll have to either twist your rule to fit with your researched information, drop the rule entirely, or take some “creative liberties” and ignore your research. This last choice is totally a viable option (readers will generally allow for some suspension of disbelief when it comes to fictional work) but just be prepared to handle the kinds of people who will point out all the little inconsistencies in your story.

Sorting Out the Details and Knowing When You’re Done

Now that you have a system in place, it’s time to think about the details of your world. How do people in your world greet each other? What do they do to relax? What superpower would be most useful to help a waitress serve tables? As you can see, this step can get very… specific.

WARNING: This is usually where world builder’s disease kicks in.

Before you dive into the details, remember that you’ll never be able to uncover all aspects of your world. It’s just not possible. If you try to plan absolutely everything in advance you’ll never get around to actually writing your story. Because of this, many writers choose to uncover the details of their world as they go. After all, you won’t really know what aspects of your world you’ll explore until you start writing. This does however leave the door open for plot holes and other inconsistencies. It’s a tradeoff between your time and the consistency of your story and the balance point differs from writer to writer. As always, you’ll have to figure out what works best for you and your story.

At the very minimum I’d say to research enough so that you confidently understand the key aspects of your story. Figure out which elements are crucial to the plot and characters of your world and investigate those in depth. This will provide at least a baseline for your story to springboard off of.

Ask yourself questions about your world. What’s the climate? What is offensive to a given culture? What are the weapons like? If you can’t think of questions to ask yourself, check out this very in depth question list for fantasy stories by Patricia C. Wrede

One of your goals with worldbuilding the details should be to show that there’s more life out there than just what your main plot is exploring. By answering questions like these, you’ll be able to fill the gaps in your world and make it feel more real.

That said, you shouldn’t expose all the details to the reader. If you take all your time showing off the cool intricacies of your world, there won’t be any space left for the actual plot. Excessive exposition is boring, especially when it has nothing to do with what’s going on in the story.

Find the details that help enforce the tone, setting and characters of your story. To tie things back to my original example, I decided to give the waitress in my story telekinetic powers. Not only does this make sense logically (it eases her job by allowing her to float dishes and such around) but it also serves to enhance the idea that in my world, even low skilled jobs are occupied by those with powers. 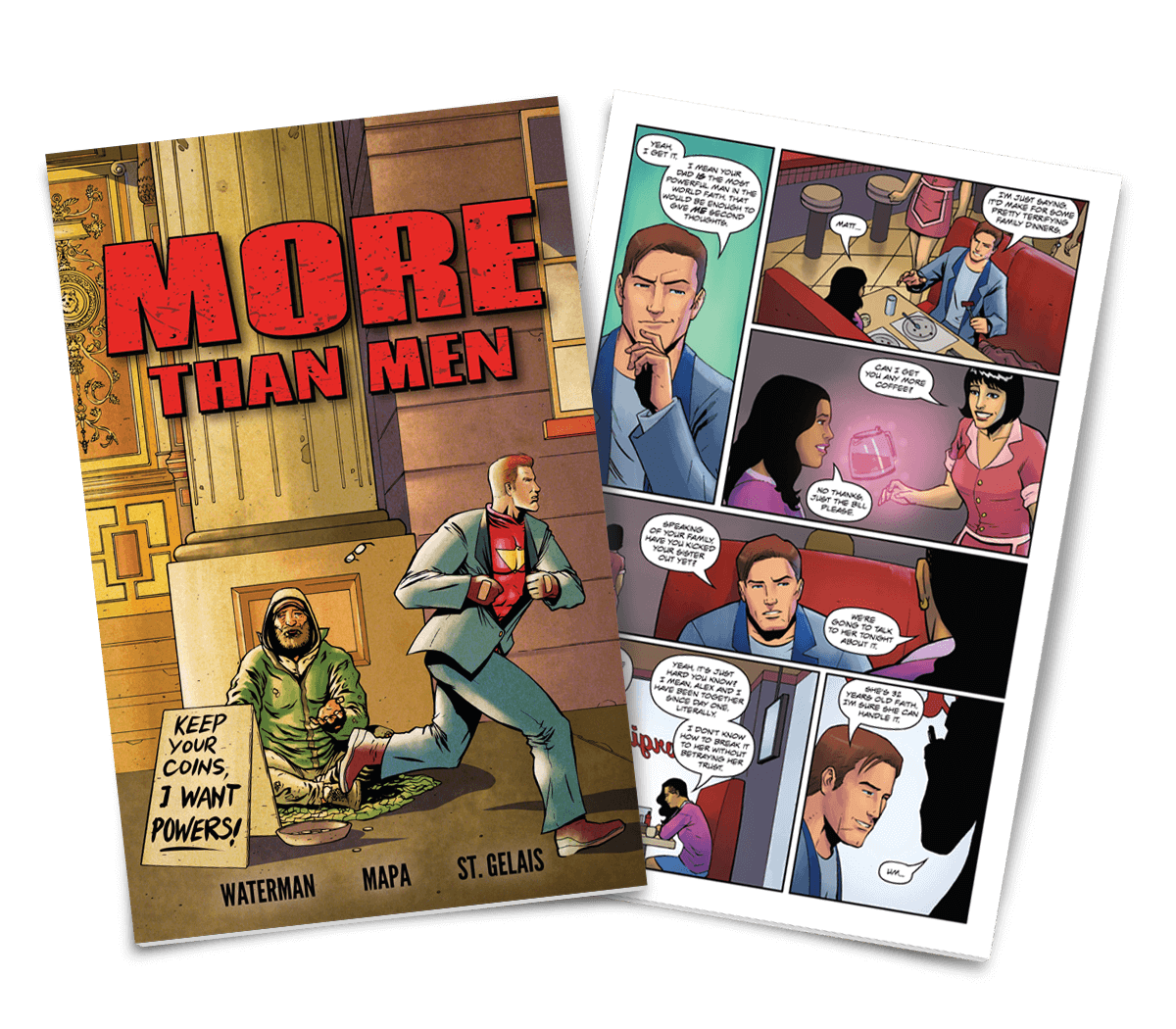